Challenges to Psychosocial Well-Being with Aging and Dementia (Digital Seminar) 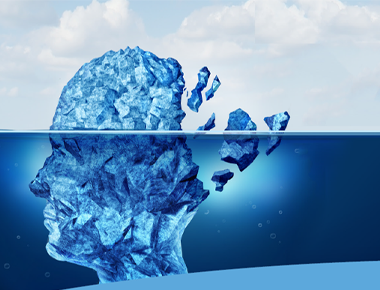 The Dementia Tool All Care Providers Should Have
When it comes to improving dementia outcomes, early intervention is essential. These free infographics are an excellent resource for reference or to share with your patients.

Edward G. Shaw, MD, MA, is dually trained as a physician and mental health counselor. He was the primary care partner for his late wife, Rebecca, who was diagnosed with early-onset Alzheimer’s disease in 2008 at age 53 and died in 2016 after a 9-year journey.

Following training at the Mayo Clinic, Ed was a practicing academic radiation oncologist for 23 years at Mayo, then Wake Forest School of Medicine. In 2010, inspired by Rebecca’s journey, his medical interest shifted to dementia diagnosis and treatment, and with his additional training in mental health counseling, he founded the Memory Counseling Program in 2011, part of the Section on Gerontology and Geriatric Medicine, and the Sticht Center on Healthy Aging and Alzheimer’s Prevention at Wake Forest Baptist Health in Winston-Salem, North Carolina. The program serves individuals, couples, and families affected by Alzheimer’s disease or another type of dementia.

Along with coauthors Dr. Gary Chapman and Deborah Barr, in 2016 Ed wrote Keeping Love Alive as Memories Fade: The 5 Love Languages and the Alzheimer’s Journey, which describes his moving personal story of caring for Rebecca coupled with an innovative use of the five love languages in dementia counseling. His newest books, The Dementia Care Partner’s Workbook and A Leader’s Manual for Dementia Care-Partner Support Groups, were released in June 2019.

He resides in Winston-Salem with his wife Claire, who was an Alzheimer’s caregiver for her late husband, Jim. They have four adult children and four grandchildren.

Financial: Dr. Edward Shaw has an employment relationship with Wake Forest School of Medicine. He receives royalties as a published author. Dr. Shaw receives a speaking honorarium, recording royalties, and book royalties from PESI, Inc. He has no relevant financial relationships with ineligible organizations.